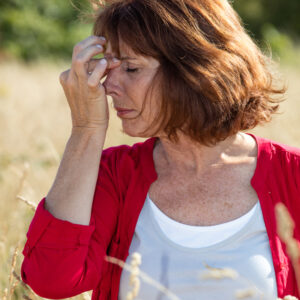 One in five people in the UK suffer from hay fever, and if you’re one of them now is the time of year when it starts to become a real nuisance; the peak period (in the UK) being between March and September. In Spring it’s pollen released from trees and Summer it’s pollen (mostly) from grass. Pollen is an allergen that causes an allergic reaction in sufferers: their immune system treats the pollen as an invader and responds by mobilising to attack by producing large amounts of antibody. This can result in itchy, watery eyes, a runny nose and itchy throat.

The pollen count is the measurement of the number of grains of pollen in a cubic metre of air. As the pollen number increases, hay fever sufferers will have an increase in their allergic reaction. Pollen counts are measured from low, meaning they affect few individuals, to high, meaning symptoms affect most allergy sufferers.